The Role of Computer Drivers 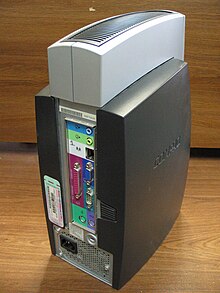 Computer Drivers – What are they?

The Language of Computer Drivers

Like all software, device drivers are written in computer code. Because computers are available in dozens of operating systems, device drivers must be written in a language that the computer can understand. This means that a driver written for Windows 7 is different than a driver written for Windows XP – even if the device works on either operating system. Because the software is operating system specific, it’s crucial that you install the correct version of the driver for your computer’s operating system. Otherwise, the computer will not understand the information contained within the software – and thus won’t be able to interact with the device.

The Evolution of Computer Drivers

See also  Having Problems With Your Computer? Troubleshoot It!

When a manufacturer releases a new type of device, it also releases the device’s corresponding drivers. However, the manufacturer rarely stops working on perfecting the device. As bugs are discovered, fixes are issued via updated computer drivers. In addition to repairing known hardware problems with updates, manufacturers add new functions and support for new technologies.

Because manufacturers are constantly tweaking the software that drives their devices, it’s smart for end users to periodically check to see if their hardware has been updated, and if so, to download and install those updates. Not only does this allow you to fix known problems, it also allows you to get the any new features added to your device. It also serves as a preventative measure. For example, if the manufacturer has solved a known problem that doesn’t currently affect your computer system, applying that fix will prevent that problem from ever affecting your computer in the future.

How to Update Computer Drivers

There are many ways to update your computer’s drivers: You can search each manufacturer’s website for specific driver software; you can use Windows Update to keep your plug-and-play hardware current; and you can use the Device Manager to manually update each device. However, with dozens of pieces of hardware on your system, it’s time-consuming to update each piece individually. Software is available that automatically inventories your computer’s configuration and keeps it updated with the latest device drivers. If you want an automated solution, consider investing in one of these utilities.

See also  A Boost For Your Business