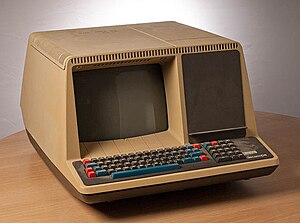 In this article I will compare the key features of two flagship smartphone. The Samsung Galaxy Note and the HTC One X are among the most cutting edge smartphones out there. I will compare some of the main features that people look at when choosing a new handset, so you can decide the best option for you.

The Samsung Galaxy Note has the highest resolution touchscreen of any smartphone. In fact, despite being on the market for several months, its screen resolution has not been beaten by any new releases. The resolution is 1280x 800, meaning it is capable of displaying HD content. The screen utilises Super AMOLED capacitive technology, meaning the screen is bright, and has wide viewing angles. The screen’s size of 5.3 inches makes it something of a hybrid between a smartphone and a tablet, and comes with an advanced stylus pen for precision input. The HTC One X also has a very impressive touchscreen; in fact it is the most advanced smartphone to fate on an HTC smartphone. It is somewhat different to that of the Galaxy Note, instead featuring Super IPS LCD2 capacitive technology. The resolution is slightly lower than that of the Galaxy Note, standing at 720x 1280, so there is really not much between them.

Both the Samsung Galaxy Note and HTC One X have 8 megapixel cameras, which share many similar specifications. They both have a resolution of 3264x 2448, so the resulting still images are of excellent quality. Both cameras can also capture video footage, with the maximum resolution setting of 1080p HD included on each handset. All the usual features that you would expect are included, such as face detection, auto and touch focus, image stabilisation and LED flash. The HTC One X interestingly has the ability to capture still photos while you are filming video footage. Also, it allows you to take multiple snapshots within a single capture, allowing you to pick the best one and delete the rest.

See also  A Guide to Choosing a Spa Business Software

The HTC One X is one of the first smartphones to boast a quad-core processor, with a 1.5 GHz clock speed. The Samsung Galaxy Note has a dual-core processor, also at 1.5 GHz, so although slightly below that of the HTC handset, it still provides some of the best performance out there. The HTC One X is a much newer phone, explaining why it has the most up to date technology in the processor department.

As you can see, the screens, cameras and processors of the Samsung Galaxy Note and the HTC One X are very impressive. Each one makes a great choice if you are in the market for a smartphone with the very best features available.